Raj Reddy is a University Professor of Computer Science and Robotics and Moza Bint Nasser Chair in the School of Computer Science at Carnegie Mellon University, where he served as the founding Director of the Robotics Institute and as the Dean of the School of Computer Science. He served as co-chair of the President’s Information Technology Advisory Committee and has been awarded 11 honorary doctorates. Dr. Reddy is the recipient of the Legion of Honor, Padma Bhushan, Honda Prize, Vannevar Bush Award, and the 1994 Turing Award (jointly with Edward Feigenbaum) “for pioneering the design and construction of large scale artificial intelligence systems, demonstrating the practical importance and potential commercial impact of artificial intelligence technology.” 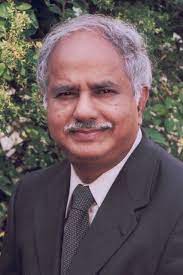